Click any thumbnail on this page to view a larger version.

SEDALIA, MO - Another very enjoyable and successful Midwestern storm observation day - yet another made possible by living in the St. Louis area. This was my first Missouri tornado (not counting Crosstown/Murphysboro on 9/22/06, which I observed from the Illinois side of the river as it crossed the state line) and my first cold-core tornado. I also saw only one or two other storm observers/spotters the entire day - no convergence issues to be seen at all.

On Thursday, May 20, the upper trough responsible for the tornado event in Oklahoma on the 19th had moved eastward, with its axis and attendant upper low/cold midlevel temperatures moving into eastern Kansas. At the low levels, a surface low was in eastern Kansas, offset just to the southeast of the upper low. Clouds were clearing out ahead of the lows in western Missouri, and although the area was out of the main synoptic warm sector, upper 50s to low 60s dewpoints were still present. Thanks to the sunshine, surface-based CAPE (instability) had reached the 500 to 1000 range. This was a fairly classic setup for a cold-core tornado event as described by Jon Davies in his case studies. A quasi-warm front/occluded frontal boundary was in west-central Missouri, slowly moving northward. Along and north of this boundary, surface winds were considerably backed out of the east-southeast, with winds veered to the southwest down near Joplin and Springfield in southwestern Missouri.

I made a rather impulsive decision to observe storms this event after seeing all of the factors coming together after noon. After taking care of a few web design tasks for my day job, I left New Baden at about 2PM heading west. I had actually targeted the Sedalia area, planning on making my initial stop at the Highway 65/I-70 intersection north of Sedalia. About an hour prior to arriving at the 65 interchange, weak convection began firing to the southwest of Sedalia, headed northeastward. The I-70/65 interchange area would end up being right in the path of these cells.

I initially stopped on a rural road just west of Highway 65 to watch the small cluster of storms approach while they were still about 40 miles to my southwest. As they intensified, I decided to move in closer as it was evident they were moving slow enough to keep up with easily. My first view of any feature was this flat base near La Monte, looking south.

The strongest cell in the group was the one taking shape south of Knob Noster, so I headed in that direction westward on Highway 50. I turned south down Highway 23 and past Whiteman Air Force Base, at which time the storm became tornado warned. The terrain in this immediate area was difficult for storm viewing, and I finally got my first view of the updraft base along 23 at the southern corner of Whiteman:

Rotation and rising motion under the base was quite strong, and I thought the storm might tornado any minute. Sirens at the Air Force Base sounded. This video shows some of the views of the storm at this point. Meanwhile, to the east, this funnel-like feature on an apparent new updraft was a decieving look-alike - not rotating:

The RFD of the Whiteman AFB storm was approaching fast, so I moved back north to Highway 50 to keep an eye on the meso. The storm was becoming rather disorganized visually and on radar, so I decided to move east to the next storm in the line, now approaching the La Monte area along Highway 50. I emerged from the core (encountering no hail at all) to see this view to the south:

Despite the large rain-free base and slight lowering, no areas of rotation were visible. After watching this storm for about 10 minutes, I decided to move on to the tail-end storm approaching Sedalia. I entered the storm's core on Highway 50 on the west side of Sedalia. Rain was very heavy and visibility in the town was poor due to trees and structures, so I planned on turning north on Highway 65 to get out of both the town and the rain to observe the storm. After making it through numerous traffic lights in Sedalia, I finally made it to 65 and began heading north. The rain was still very heavy, and cloud-to-ground lightning was becoming very intense, close and frequent - at least 4 strikes hit within 1/4 mile of me, with one very close featuring instant thunder.

As I rounded the sharp eastward curve and hilltop on 65 at Eagle View Drive, I looked back through the rain and could make out a rain-free base to the south. I had to go another half mile or so before I found a place to turn around. When I arrived back at the crest of the hill, a distinct rain-free base and wall cloud was visible:

I pulled over and began videotaping. I had the camera zoomed in on the wall cloud for about 10 seconds before the first wisps of condensation began rising from the ground into the wall cloud. The tornado intesified and filled in quickly, but appeared on the weaker end of the scale. I was about to call the tornado in when the sirens sounded in the town, with one siren about 100 feet away from me across the street (very loud) - apparently local spotters had this one covered. The tornado was condensed for about 2.5-3 minutes:

After the tornado lifted, the wall cloud continued to rotate rapidly (watch timelapse video) with several puffs of light dirt swirls at the ground. A second tornado was reported at this time doing damage in a residential area in Sedalia, but I think that it was likely the same circulation. As I was videotaping for the entire duration of the tornado, I didn't get any stills. I eventually set the video camera up on the tripod so I could grab a couple of shots with the DSLR.

The wall cloud slowly broadened and filled with precip, so I continued north on 65, turning off onto county roads about 5 miles north of town. To the southeast, a new updraft had a striking appearance just before developing a rain shaft:

The Sedalia storm continued to feature a rain-free base for about 20 minutes, with rising motion/weak rotation. However, the storm never did get very organized again. Lightning activity dropped off to near nothing, and finally there was no organized structure. Darkness was beginning to fall, and other storms in the vicinity were also no longer intensifying. I decided to head back to 65 and start the trek back home.

These last three shots are of a convincing tornado look-alike that occured as I was heading back to Highway 65 north of Sedalia. Low-level fog pockets were forming everywhere in the trees and hills due to the recent rainfall, something I am very used to seeing in West Virginia. One of these 'fog pockets' began getting pulled up into the storm, making for a very deceptive 'fakenado'. It however was not rotating, and motion was extremely slow:

I stopped at a Starbucks in Columbia for an hour or so to work on the video, then I arrived back in St. Louis around midnight. I waited downtown for the remnant storms to arrive, since they still had enough lightning in them for upward strikes off of the towers near Shrewsbury. However, low clouds obscured both the top half of the towers and all visible lightning from the storms, so I ended up calling off the expedition as the storms moved in at about 2AM. 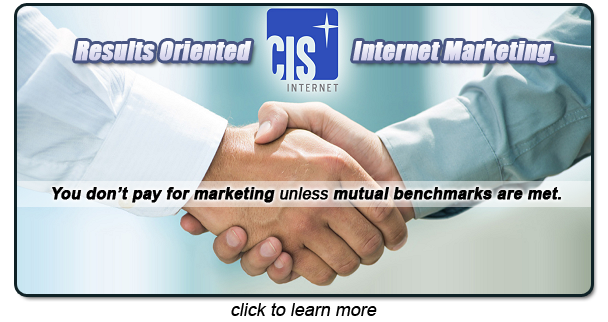